I never left home yesterday (Saturday), mostly because I was working on a leg injury. I also did some chores outside as much as I could. The late afternoon produced some good photography light so I decided to test some lenses to determine which get sold and which get to stay. That’s my excuse for having only Scrappy shots to post.

This is Scrap giving me “the look”. You might think he’s expressing his impatience at posing for so many pictures. And the truth is he isn’t always cooperative. But he’s learning that he gets treats when he poses properly so his performance has improved over time. Today, in fact, he moved to a new spot while I checked the shots in my camera. He sat and waited and didn’t move again until I took another series of shots. 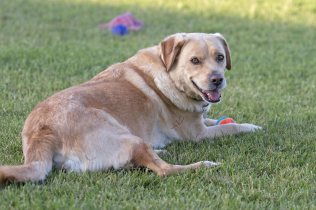