In Part I of Scrappy’s story, I explained that he came to my house after he was returned by his first adopters. The family did not feel they could keep him because he barked and growled at outsiders. He didn’t seem safe. After he came back to us, some of the volunteers at Homeward Bound were uncomfortable with him, as well. This was partly due to his inordinately large eyes and his habit of staring. Worse, he would unexpectedly lunge at strangers and even some other dogs. I take some of Homeward Bound’s dogs with challenging behaviors to work with them. I took Scrappy so he wouldn’t get himself in trouble.

Scrapper stayed in my kennels because he was considered to be not dog-friendly. At the time, I had two dogs in the house. I usually spend the first day or two observing a new dog to see if I can witness the behaviors others have reported. Sometimes a different environment has a positive effect on a dog but not in Scrap’s case. Vehicles passing by induced a frantic run at the fence accompanied by sustained, loud, and almost hysterical barking.

I once left a garbage bin in the yard that stopped Scrappy in his tracks. He alternately charged and retreated from this menace — complete with a soundtrack of barking and growling intended to ward off this threat. I can imagine that Scrappy was perplexed by this … thing that inexplicably stood its ground in the face of Scrap’s fury.

I started taking Scrappy over to Homeward Bound every day for our walks. These trips confirmed the lunging I had heard about. He didn’t go after every new person or every dog but it happened often enough to verify that Scrappy was not a safe in his current state. I don’t know what he would have done had he actually reached anyone – but the lunging itself could not be tolerated. This was a serious issue that had to be addressed. 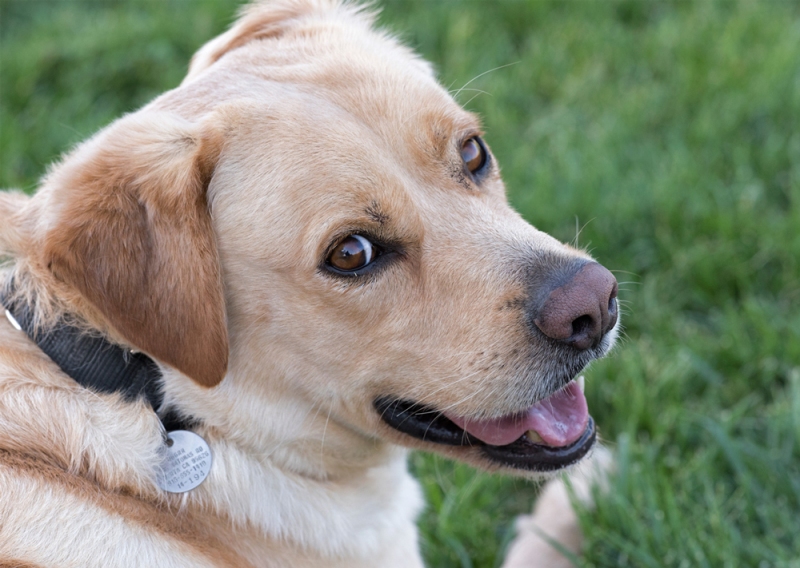 I felt completely safe myself with Scrappy. But that’s not enough. If we made him available for adoption, I felt responsible for his actions and the safety of everyone involved. That’s sobering. Based on our own interaction it was hard to imagine Scrappy being a danger to anyone. We’d hang out in the yard and he seemed a pretty normal dog except for an undercurrent of tension if you observed closely. He’d let me touch him, but he wasn’t all that affectionate.

I liked him, but wasn’t particularly drawn to him – until one day. I was replacing a bad sprinkler head. Scrappy came over and lay down, politely, a couple feet away and watched. I looked at him and he looked at me. I went back to the sprinkler and he resumed watching what I was doing. I looked at him again and he returned my gaze. We repeated this exchange a couple more times and then I stopped and turned to Scrappy, swallowing hard to dislodge the lump in my throat. I promised him I would never let anything bad happen to him. So that was that. I was committed. 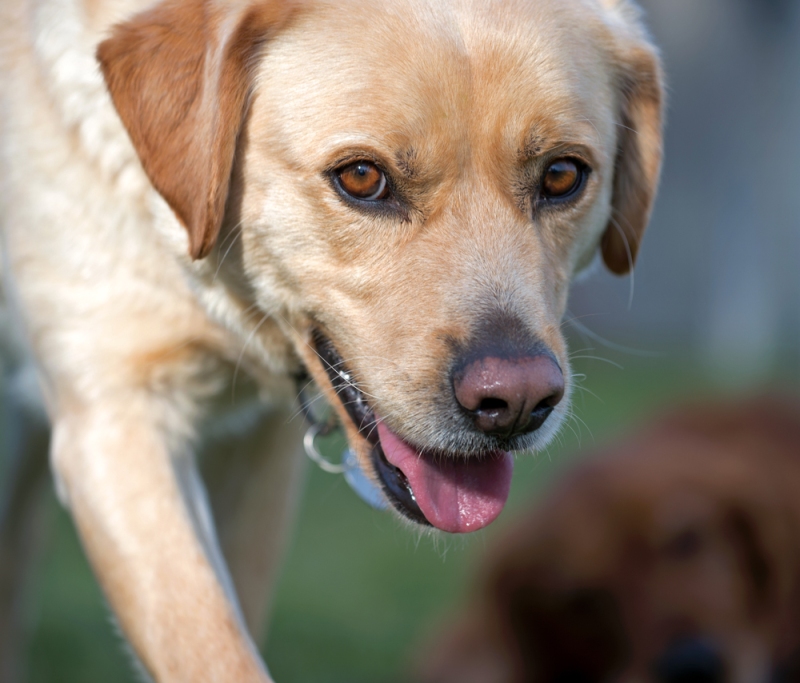 Fortunately, Scrappy is food-motivated. This makes him easy to work with. First, I wanted to establish Scrappy’s threshold; the imaginary line where his anxiety took over and turned him into a little terror. While this reaction was not always consistent, I gradually worked at reducing this threshold by rewarding calm behavior with treats and affection. I challenged Scrappy a little at a time until he became more accustomed to calmly approaching people and dogs.

In a nutshell, we gradually worked at reducing the threshold by rewarding calm behavior with treats and affection. We challenged Scrappy a little at a time so that he could approach people and dogs with less anxiety. This wasn’t always easy to put into practice because he didn’t lunge at everyone and didn’t even always go after the same person. Except Maria, one of our gardeners. Maria was his mortal enemy.

Scrap’s progress was steady and eventually his lunging became infrequent. But he had some setbacks to. One time someone he knew and liked was installing bricks on the path in the garden. For some mystifying reason Scrappy took exception to her activity. She got the ugly face along with some unpleasant vocalizations.

There were a few times I thought that Scrappy was almost ready to be adopted. But then he would relapse and we would continue with his rehabilitation. At one point I became convinced he was ready. It had been weeks since an incident and he was approaching strangers with more confidence than ever. Naturally, I watched him carefully during each interaction so I could take appropriate action if necessary. Visitors on our property were now a good thing — most of the time. I was sure it was Scrappy’s time. He had even made peace with his enemy, Maria.

But it was not to be. Not long after I was walking Scrap next to a yard where a family was meeting one of our dogs. A little girl about six years old was at the end of the yard just on the other side of the fence. From my human point of view there was nothing this girl did to set Scrappy off. But Scrappy must have perceived some kind of threat because he lunged at her. She was never in danger being on the other side of the fence. But my heart sank because I knew what this meant: I could never make Scrappy available for adoption. Despite the incredible progress he had made, I could not take the chance.

So that meant Scrappy was staying with me, and it wouldn’t be right to keep him in my kennels.  But I still had BoBo and Shaggy in the house, and Scrap had not been tested with any dogs since he came back to us. I was nervous about making the necessary introductions because this one was a bit more complicated than most. So I secured the help of Kathryn Baines of Golden Rule Training to make sure it went smoothly. The first meeting went okay but was not without issues. A couple days later we put them together again and it went … fabulously. You can see the three of them below watching the goats next door.

That was just about a year ago. I can’t imagine life without Scrappy now.

But this is not the end of Scrappy’s Story. Stay tuned for Part 3.