Burney was one of my special foster dogs. If you met him you would understand why he is special. He is a happy boy and carries himself with an understated confidence that is quite appealing. He’s cute and has personality. He’s also got a great story that you can read here at the Homeward Bound Blog. He’s too humble to tell you himself what a hero he is so go on over and check out his story. Hint: Burney was named Father of the Year in 2014 for his devotion to his kids’ welfare. I’ll wait …

I was privileged to have Burney at my house while he was being treated for heartworm. It’s critical for a dog undergoing this treatment to avoid running, playing, or taking extended walks for a month after getting his shots. And then for another month the dog should still avoid strenuous activity. Too much activity can dislodge pieces of the worms from the heart which, in the worst case, can cause death. Yeah, it’s that important.

Burney was visiting Homeward Bound because his brother, Trooper, attended a reunion with his littermates last Sunday. Three of his five siblings were able to attend the reunion and they had a grand time. Here’s Trooper.

The treats included a homemade cake made especially for them! They even let Burney have some. 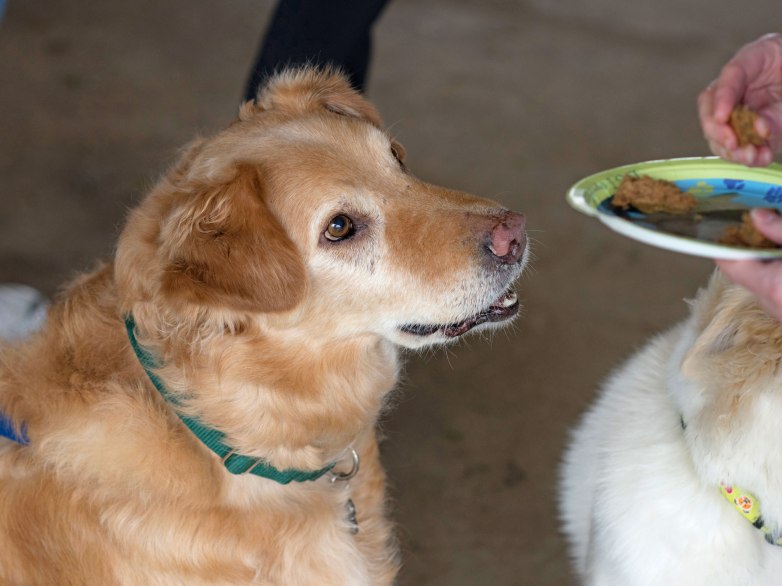 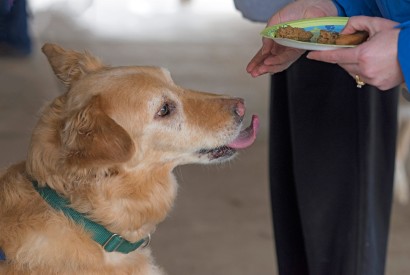 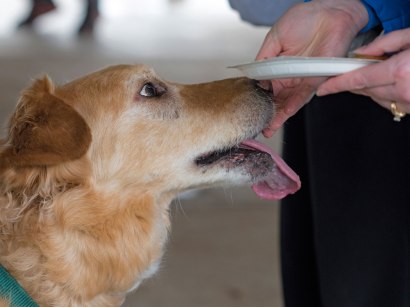 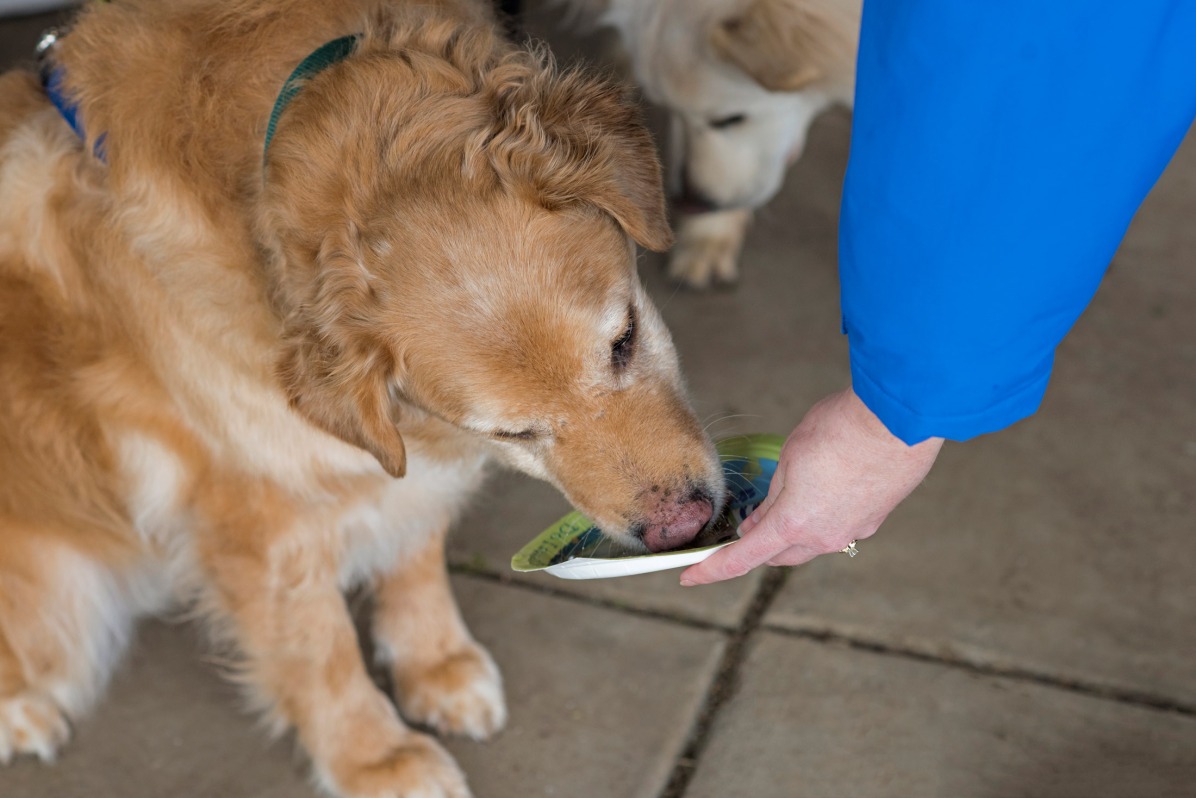 They tried to get all four of the puppies lined up and sitting pretty. It was nice thought anyway. 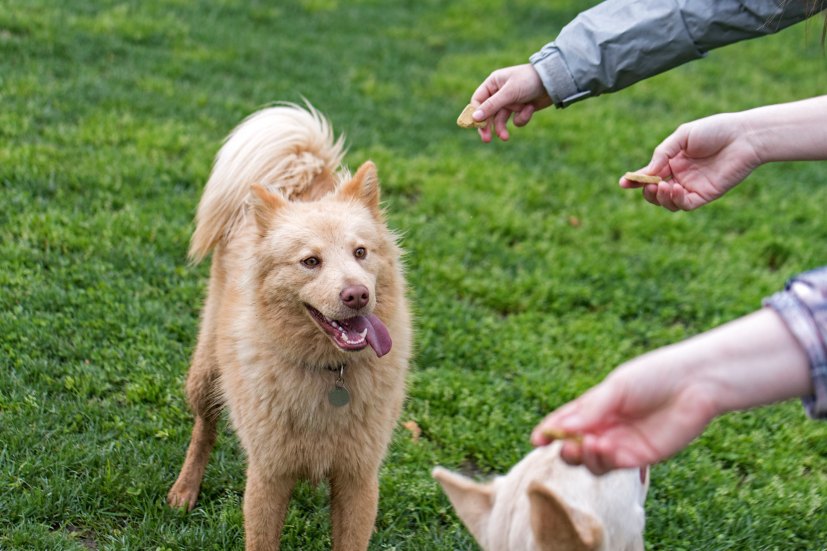 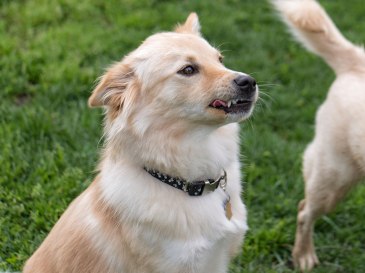 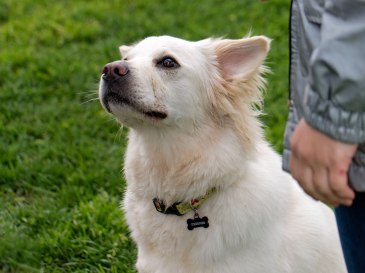 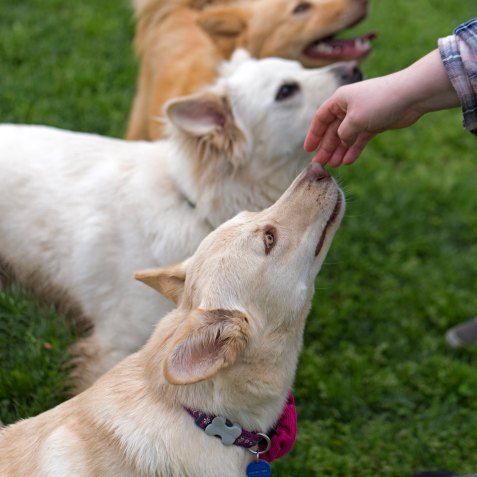 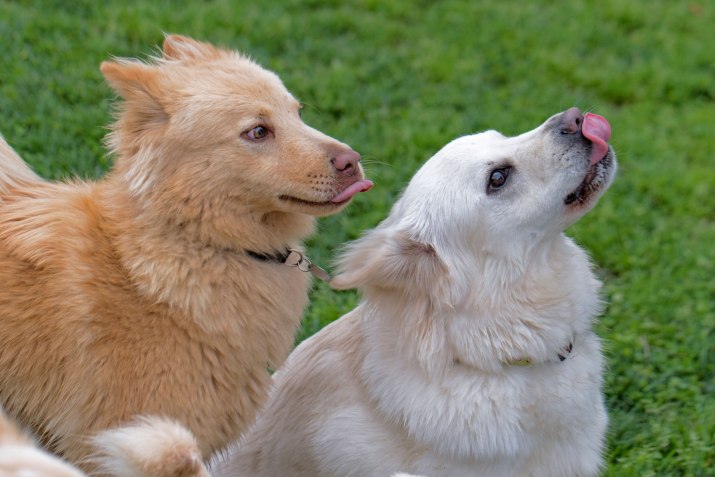 Somehow a Corgi crashed the festivities. 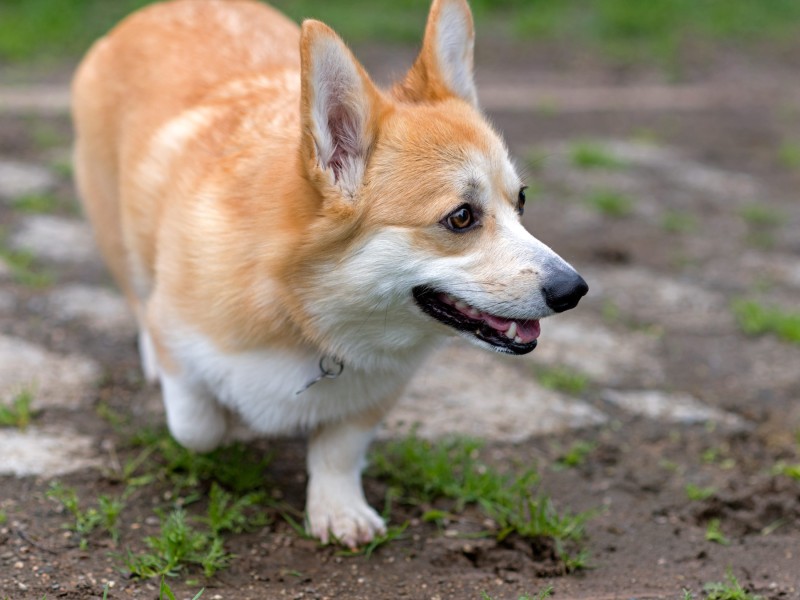 Naturally, there was a lot of running around and playing and seeking additional treats. Wait, are we sure that’s playing? 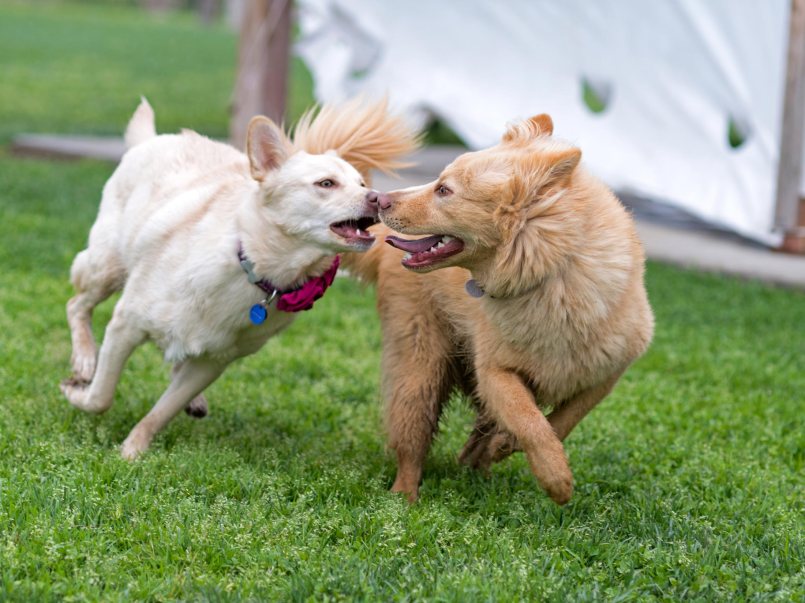 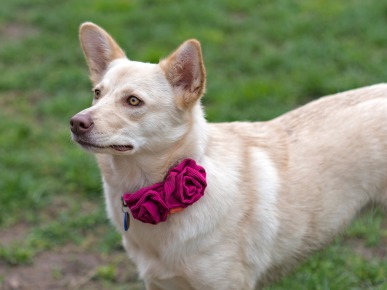 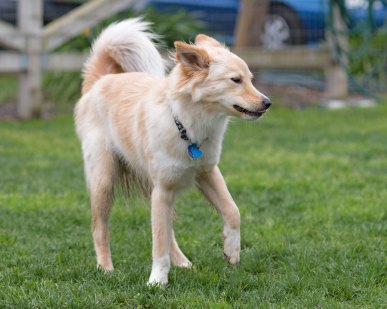 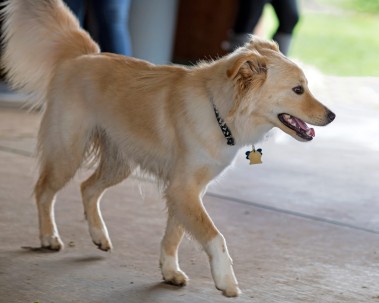 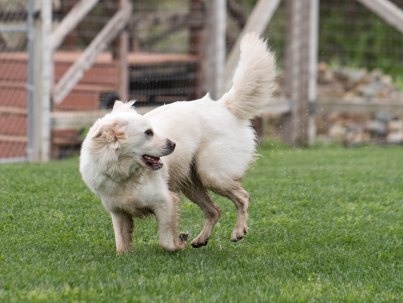 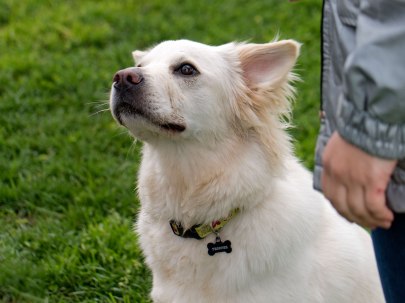 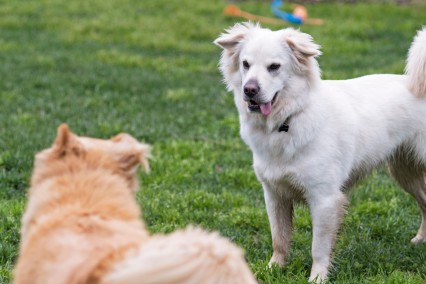 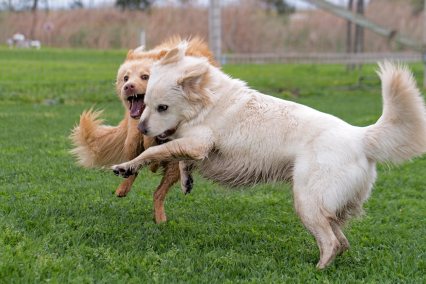 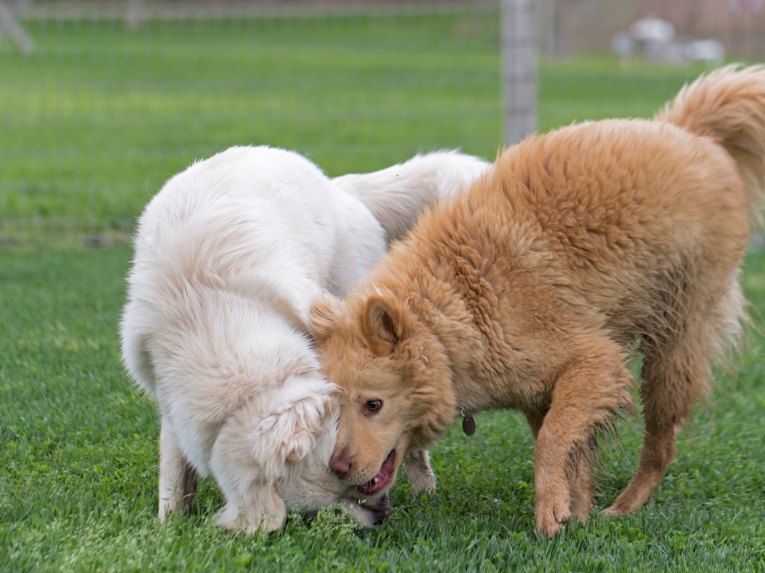 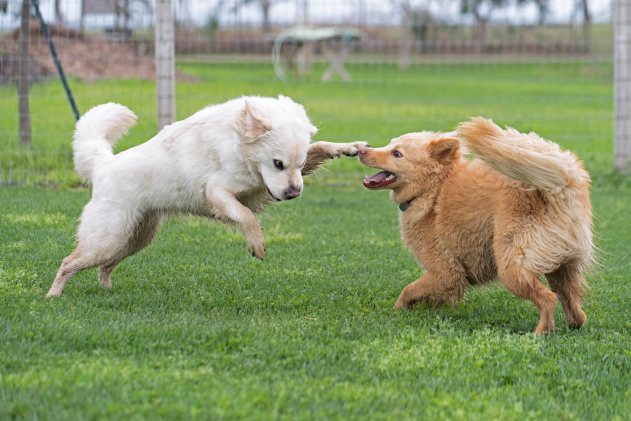 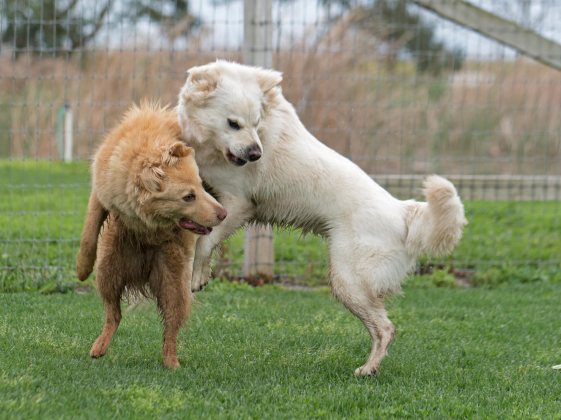 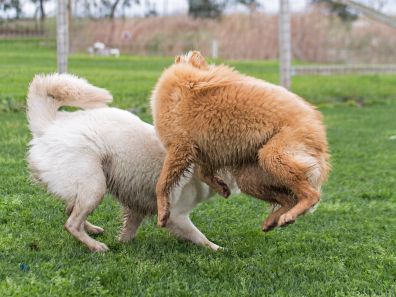 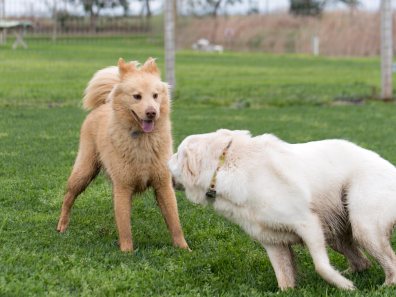 What’s that old expression? Oh, yeah: A good time was had by all,